With up to 3,000 cores working together, the cluster gives developers and researchers exclusive time on an inexpensive but highly parallelized platform for test and validation of scalable systems software technologies.

Gary Grider, leader of the High Performance Computing Division at Los Alamos National Laboratory and home of the Trinity supercomputer said: “It’s not like you can keep a petascale machine around for R&D work in scalable systems software. The Raspberry Pi modules let developers figure out how to write this software and get it to work reliably without having a dedicated testbed of the same size, which would cost a quarter billion dollars and use 25 megawatts of electricity.”

Looking around for a solution to the challenges facing HPC Systems Software developers, Grider said, he “suddenly realized the Raspberry Pi was an inexpensive computer using 2 to 3 watts that you could use to build a several-thousand-node system large enough to provide a low-cost, low-power testbed to enable this R&D.” Yet he could not find a suitable densely packaged Raspberry Pi system on the market - “it was just people building clusters with Tinker Toys and Legos,” said Grider, a widely respected innovator in the HPC world. So he turned to SICORP of Albuquerque, N.M., to collaborate on a solution.

Bruce Tulloch, CEO of BitScope Designs said: “Having worked with Raspberry Pi for quite some time, I’ve long thought it the ideal candidate to build low-cost cloud and cluster computing solutions for research and education. When SICORP approached us with Gary’s plans, we jumped at the opportunity to prove the concept.”

BitScope Blade turned out to be the perfect platform to build the solution. With its ability to power and mount multiple Raspberry Pi in a compact and robust way, BitScope was able to design, develop and build the entire cluster to LANL’s specifications in less than three months.

Eben Upton, CEO of Raspberry Pi Trading said: “This is the first time we’ve seen Raspberry Pi packaged in such a way that clusters of potentially very large size can be built. This project demonstrates that even in the field of advanced supercomputing research, Raspberry Pi can have a fascinating role to play.”

A BitScope Cluster Module will be on exhibit at The International Conference for High Performance Computing, Networking, Storage and Analysis (SC17) in Denver this week.

Cluster Modules will be available for sale in a few month's time. 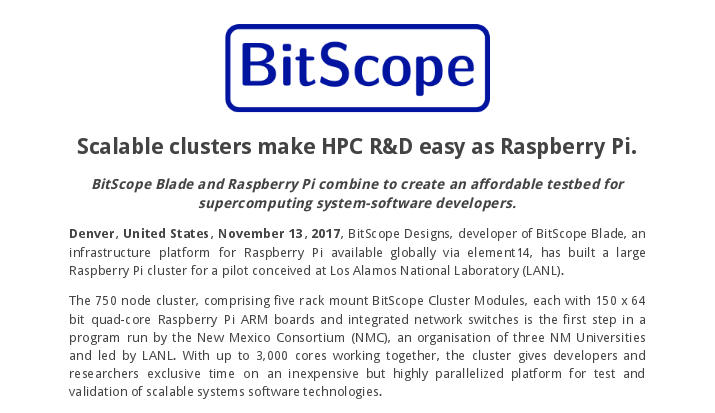 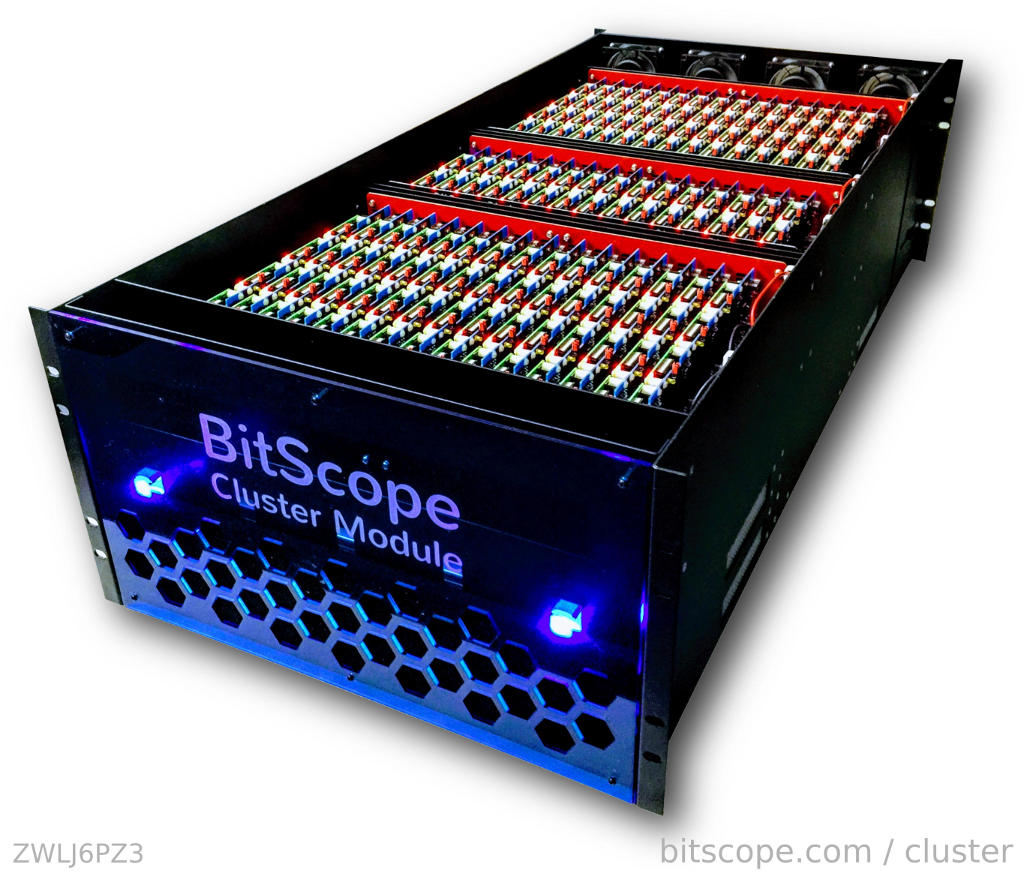